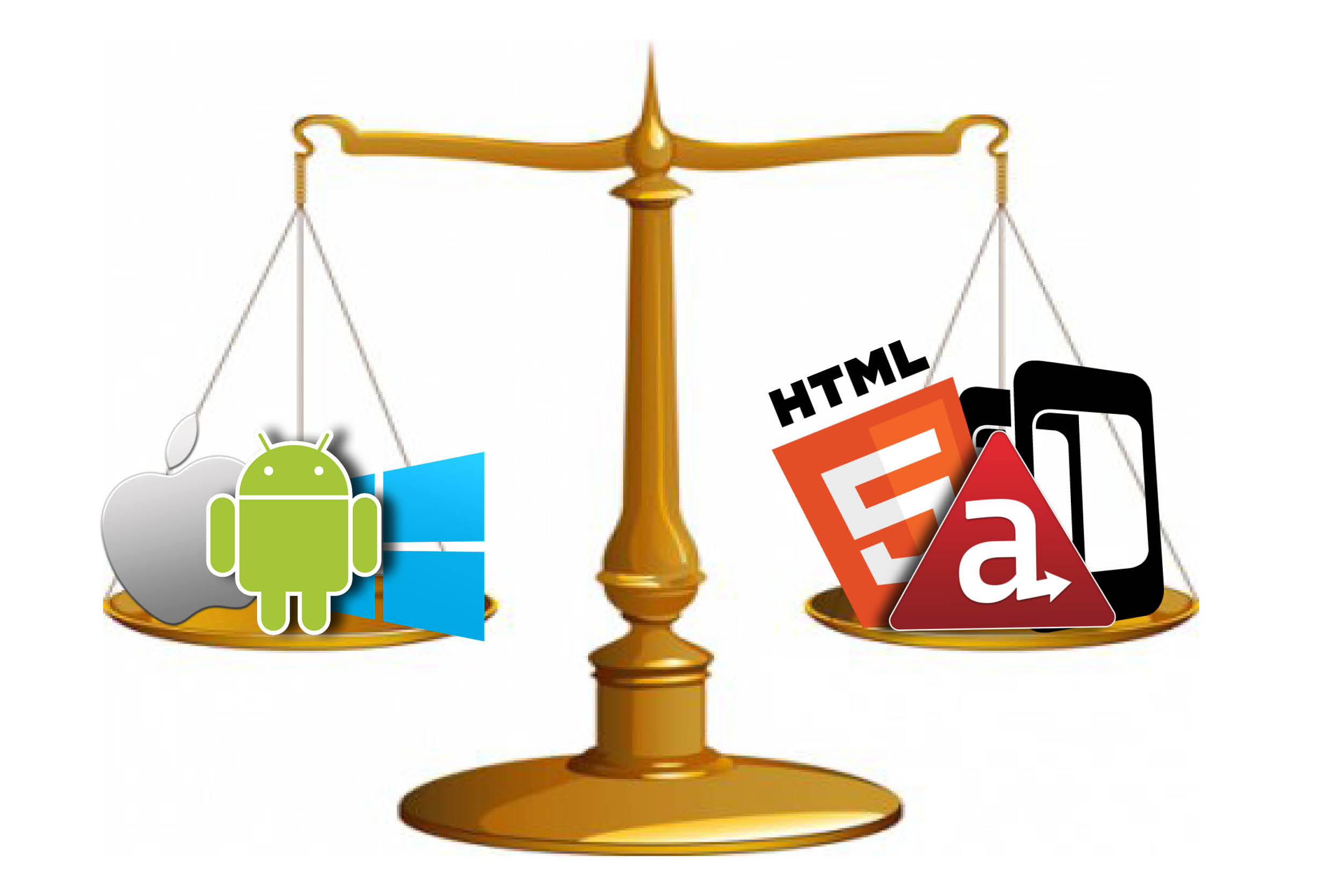 In this blog I'll discuss what a native app is, what a cross platform app is, and the advantages and disadvantages of both. If you have any questions, feel free to leave a comment at the bottom of the page.

What is a Native application?

Native apps are built with a specific platform in mind. They take advantage of the operating systems native services (email, messaging, calendar, etc), hardware (camera, GPS, accelerometer), and user interfaces. Native applications usually look and perform better than cross platform applications because they are developed using the same development tools and languages that the operating system was created in.

In terms of an end user's experience, native applications provide fast and smooth performance that feels consistent with the operating system, almost as if the app was built for the specific device a user is using (hint: it was!). Certain features are only available with native applications, both from a user's perspective (Multi-touch capabilities, fluid navigation, easy to use, etc) and a developer's perspective (seamless service integration, APIs, development kits, etc).

When a developer builds a native application, the app can only be deployed to one app store. You cannot reuse code that you created for a Android app in an iOS app. The two programming languages are vastly different and do not contain any similar attributes.

What is Cross Platform Development?

Cross platform applications are built using frameworks that allow developers to manage one single code base and deploy an app that will run on multiple operating systems. At least in a perfect world. Frameworks and development tools like Phonegap, Xamarin, Appcelerator allow developers to use common web development languages like HTML5, JavaScript and CSS or C# to develop cross platform apps.

When to build Cross Platform Applications and when to go Native

The decision to go cross platform or native really relies on the answer to one question. How interactive do you want your app to be?

By interactive I mean, is the app using the GPS, camera or any other hardware? Is it accessing the address book? Is it a 3d game? Are we integrating into different APIs? Is the app data intensive? Does it need to be visually stunning? Does it rely heavily on core elements of an operating system? If you answered no to most or all of these questions, cross platform applications could be a very good option for you. If you find your self answering yes to a few of these questions you're probably going to want go the native development route.

Currently there are 2 major platforms in the mobile market that I'm sure anyone who is reading this blog is familiar with; Android and iOS. By developing an application for both of these platforms, your app would cover almost 95% of the market.

While it may make sense to create a cross-platform application to cover most of the market, you will probably spend less time and resources developing an application for one platform, learn from your users and iterate until you have the app that you want. Once your app has gained traction and users are demanding the application on another platform, I would suggest to develop a native application for that platform.

If you have any questions, comments, or you feel deeply about native apps are the only way to build mobile apps (or cross platform apps rock!) leave a mesage in the comments.