In the last couple of years, if you were asked to list the top augmented reality/virtual reality (AR/VR) development companies, the list would have included names such as Google and Oculus, but probably not Apple. But with the recent release of ARKit in iOS 11, Apple is shrewdly making a bid to establish itself as a player in the AR space.

New Kid on the AR Block

Unlike most existing AR/VR companies, Apple is not, so far, interested in developing special-purpose AR or VR devices. You won’t see Apple-branded VR headsets anytime soon. Instead, the ARKit is a framework that enables and simplifies the development of AR apps for the iOS platform.

This is significant because now app developers have tools to incorporate AR into any iOS app. And the iOS development community has not been slow on the uptake. Already, AR-enabled apps in the Apple Store number in the thousands, for everything from games to shopping to education and beyond. Apple CEO Tim Cook’s observation that “augmented reality is going to change everything” is not an overstatement.

How Does ARKit Work? How Will It “Change Everything”?

ARKit enables developers to place a three-dimensional rendering of an object on the image that the device’s camera “sees.” What the user sees on the device screen is the object superimposed on the image of the real scene in the camera’s field of view. Further, ARKit gives developers access to the device’s position and inertial sensors to enable users to view the object from all angles as they physically move the camera through space. Hence, the “augmented reality” experience. ARKit takes care of the complex calculations required to determine how the object should be rendered as the user moves around.

AR, in Apple’s vision, will “change everything” because it follows the now tried-and-true smartphone app development model. Instead of having a few developers (or a few hundred) working on AR software, Apple can leverage the combined imagination of the entire iOS development ecosystem—15 million developers—to produce compelling AR-enabled apps for a wide array of uses. Again in Cook’s words, Apple “instantly overnight became the largest AR platform,” without developing any specialized hardware.

And the development community has lost no time in coming up with ideas. Consider the apps already available:

And, of course, there are hundreds of AR-enhanced games available, from a virtual 8-ball pool game to a dragon-raising game to the usual assortment of battlefield games.

Android also has an AR framework, optimized for Google’s Pixel phones, but these phones have very little market share. The main competitive advantage for Apple in this space is that it designs and sells all iOS devices, so it can design ARKit around the sensors that are available on those devices. Android will have a much more difficult time competing because the variety of devices is much greater, and each manufacturer may or may not choose to include the sensors that are needed for AR to work convincingly (or at all). It will be interesting to see how the Android community responds to Apple’s offering. Regardless, look for an explosion of useful, compelling AR apps at an app store near you.

The 5 Levels of Autonomy 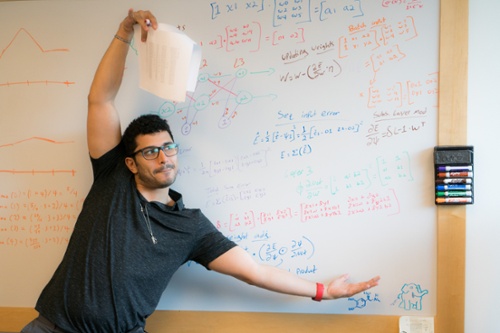