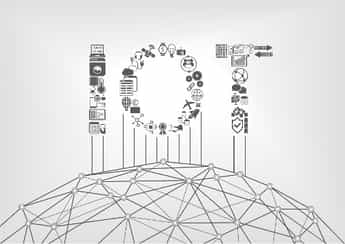 There’s been a good deal of talk, in this blog and elsewhere, about the brave new world of the internet of things (IoT) and how it will transform our personal and business lives. The talk has been accompanied by no small amount of hype, with pundits proclaiming that there will be anywhere from hundreds of millions to trillions(!) of devices connected to the internet in the near future.

Regardless of the exact number, one thing you don’t see much discussion about is how, exactly, we are going to get there from where we are now. In addition to topics such as network protocols, power management, device maintenance, and security, it’s a fair question to ask: assuming we can actually get all those things on the network, then what? How do we develop the applications that will make an IoT system—a network of distributed sensors, actuators, computing and storage resources, and mobile and fixed user interfaces—actually useful for something?

…and on and on. It’s a bit overwhelming for the typical application software development team that doesn’t care to delve too deeply into the details of hardware interfaces and network protocols. So far, however, there are few tools available that simplify the IoT application developer’s job.

Ayla: An IoT Platform as a Service

Happily, some companies, both established and startup, are working on the problem. One of the early entrants in the field is Ayla, an IoT-oriented, cloud-based platform as a service (PaaS) provided by the startup Ayla Networks. The basic idea of Ayla is to standardize and hide from the application developers all the low-level details—the networking, infrastructure, and security components that every IoT system must have. The advantages for IoT system manufacturers include:

You can see why this type of tool would be a big deal for IoT system manufacturers, many of whom are startups themselves and lack much of the low-level expertise needed to make IoT devices work from a nuts-and-bolts perspective. Offloading that stuff to someone else lets them focus on their IoT solutions instead.

The fact that Ayla exists at all, and is as comprehensive as it is, indicates that the market recognizes the wide-ranging untapped potential of IoT. As protocols, standards, and hardware for IoT systems mature and become stable, platforms such as Ayla will see great demand from what everyone expects to be a crowded field of IoT solution developers. Anything that gives them a first-to-market advantage will be highly sought after. Expect Ayla to attract some serious competitors with innovative approaches to the problem, and expect exciting, robust, secure IoT products to follow. We stand on the brink of realizing the promise of the computer as a seamless, invisible, intuitive, ubiquitous complement to, and extension of, our abilities as humans to tackle the tasks in our daily lives.

OK, perhaps it won’t be as dramatic as that, at least at first. But we’re still pretty excited about it here at AndPlus. We’ve been exploring the potential of IoT for several years now, and the advent of tools such as Ayla makes us all the more eager to apply what we’ve learned to real-world solutions. So if you have a great idea for an IoT solution—be it a commercial product you intend to sell, or an in-house solution that will take your business to the next level—give us a call. Together we can flesh out the details of how to bring a useful, usable IoT solution to life.