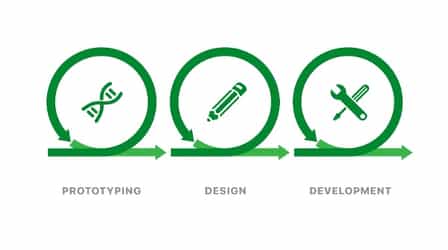 Whenever any new product is designed, the designers should spend a good deal of time and effort on the product’s user interface. “Should” is the operative term here; sometimes it doesn’t happen adequately if at all.

If you have ever been completely mystified as to how to operate a given appliance or product, chances are good the designers cut corners when designing the interface. Perhaps they didn’t budget for adequate user testing or they thought they could simply follow their instincts and the interface would probably make sense to actual users. Perhaps the interface design was left to designers or engineers, rather than user experience (UX) designers.

Failure to put sufficient thought into user interface design is a formula for market failure. No one wants a product that’s difficult to use if there are more intuitive options available.

The Importance of Prototyping in Product Design

How does a design team ensure they have the right user interface design? One approach is to have a UX designer on the team; an expert at interface design and usability principles. A UX designer is a crucial member of the development team. But you still need, at an early stage of the project, to build a prototype and get feedback from the project stakeholders and, most importantly, the product’s intended users.

There’s nothing new about prototyping. For many years, physical products were modeled using wood, metal, or clay to simulate the product’s design. More recently, 3-D printing has come into wide use for prototyping physical items. With 3-D printing, a prototype can be produced directly from the digital design files and placed in the user’s hands much faster than one crafted from wood or metal.

Prototyping is a critical step in software development as well. When the earliest interactive software programs were developed for text-only, monochrome displays and keyboards, it became apparent software was designed by developers, for developers. It was a complete mystery for everyone else. People memorized function keys and transaction codes, which resulted in steep learning curves and excessive data-entry errors.

The Evolution of Software Prototyping

Prototyping for software started to gain traction only after the advent of the graphical user interface (GUI) and the computer mouse. The transition from text-only interfaces led to a wide range of new ways to interact with computer software—and new ways to drive people crazy with poorly designed interfaces.

At first, GUI prototyping consisted of drawings or sketches on paper, poster board, whiteboards, or sheets of clear acetate on overhead projectors. (Bonus points if you remember those.) This “paper prototyping” approach was better than nothing, but suffered from numerous shortcomings, including:

The Rise and Importance of Rapid Prototyping

Interactive prototyping tools provide another benefit to designers: the ability to change the design “on the fly,” (in the middle of a demo) in response to user feedback. Interface features can be added, moved, or deleted, and system behavior can be modified with simple drag-and-drop functionality. This ability is what puts the “rapid” in “rapid prototyping.”

The advent of rapid prototyping has provided significant benefits to software developers:

Rapid prototyping has become a vital tool for any development team. The UX designer’s skill with rapid prototyping is just as important to the success of a software project as the developers’ coding skills. Don’t develop software without it!